Here at Blue Door we’re delighted to welcome a new author, novelist Barbara Bleiman. She’s been exploring the connotations of a kiss and explains how her collection of stories, The Kremlinology of Kisses, evolved 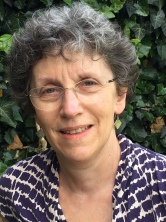 Ten years ago, when I did an MA in Creative Writing at Birkbeck, I started writing some short stories that were clustered around a particular idea – a concept, if you like – prompted by re-reading Anton Chekhov’s wonderful short story, ‘The Kiss’. I was bowled over by the way that Chekhov managed to invest something as seemingly simple as a kiss with huge emotional freight and significance. It made me think about the kiss and the part it plays in our lives. Sex is an obvious, highly charged subject for fiction but what about the kiss?

At the time, I wrote five or six stories involving different scenarios, kisses given and taken, wished for or rejected, in different contexts and time periods, from renaissance Italy through to contemporary London and even into the future. Later, as I was working on first, second and third drafts of my novel, I would step back for a while and give myself a little break by writing another ‘kiss’ story. People would say something in conversation and it would spark off a fresh idea; sometimes, a scene in a film would set me off in a new direction and get me writing a new story.

Gradually I accumulated more of them and this autumn I began to think that perhaps they might make a coherent collection. Here were thirteen stories, one of which had already been published in Birkbeck’s book The Mechanics’ Institute Review, another of which has been selected for an anthology for the secondary classroom, due out in the autumn. But commercial publishing houses are reluctant to invest in short stories.

What to do? I could go down the route of self-publishing. Instead, having learnt about Blue Door Press, I decided to submit the collection to the wonderful group of writers who set it up and publish through it. This co-publishing model offers a third way between self-publishing and mainstream, which means all books will be professionally edited and designed.

A few months after submitting, I received the thrilling news that the group had read my manuscript, loved the overall concept and the stories themselves and were happy to welcome me on board as a new Blue Door Press writer.

Now more really hard work begins. I have had brilliant collective editorial comments from the group and a discussion with Pamela Johnson about polishing the stories, the process of preparing them for publication, the choice of a title, cover and ways in which BDP can support me in this. In return, I’ve agreed to contribute what I can to the Press. One thing I’ll be doing (drawing on my expertise from my working life) will be to work on the BDP’s social media presence.

My collection The Kremlinology of Kisses should be due out early in the new year. I can’t wait to see it in print, with the Blue Door Press logo on its spine.

As Blue Door Press is about to publish HIDDEN, Annabel Chown explains how serious illness led her to write this page-turner memoir

I was thirty-one years old, and wanted to write. Except I had no clue as to what I might write. Plus, working sixty hour weeks as an architect, no time in which to write.

Then on a beautiful May morning in 2002, I was told I had breast cancer. ‘You’ll need chemotherapy and radiotherapy,’ the oncologist informed me. ‘Have chemo on a Friday, spend the weekend recovering, then you can go back to work on a Monday. It doesn’t waste too much time that way.’ No, a voice inside me said, visualising myself at my office desk at 10pm. If I get better, I’ve got the rest of my life to work hard.

Suddenly, I had space, time, and subject matter. Cancer was a harsh place to land in, but also an interesting one, so far removed from my day-to-day reality of site meetings, construction drawings, rushed trips to the gym, and Saturday night parties. Every third Thursday morning was now spent in a high-ceilinged Georgian room, a sac of ruby red Epirubicin dripping into my vein. Out on a date, I’d be terrified the man I fancied would notice I was wearing a wig. ‘You’ve lost weight,’ people who didn’t know would say. ‘You look amazing.’ And I’d keep quiet about the twenty-plus times I’d thrown up after my last chemo.

Cancer was the worst thing that had happened to me. But I was determined to create something good out of something ugly. Could it be a doorway into writing a book? I had no idea how to start. Initial attempts consisted of me simply typing up my journal entries! On the advice of the brilliant therapist I’d started seeing, I was scribbling most mornings. With time, a structure very gradually evolved. A couple of years after I started writing, I was invited to join a writers’ group. The other women were mostly published authors. I was terrified. But it proved to be one of the best things I’ve ever done, and helped me to create a full-length memoir.

My story is told through the lens of a single person, who still hoped to find love, despite feeling like damaged goods. It’s also told through the eyes of an architect, and a lover of London, which becomes almost like an additional character in the narrative.

Eighteen years after my diagnosis, I remain cancer free. I’ll never forget the terror of it, the fear I was going to die young. I hope my story can offer hope and inspiration to those who find themselves somewhere similar, as well as offer insight into what it’s like to go through such a life-changing experience; one that forced me to confront the darkness, but also brought in surprising bursts of light and opportunity.