Annabel Chown writes of her launch:

I am no stranger to sudden change, as you’ll discover if you read my memoir, Hidden. Still, I couldn’t quite believe that my beloved London, in which Hidden is mostly set, could be plunged into lockdown. At first, I mourned the absence of a live event; everyone crowded together in the same space, chatting, drinking and hugging. Things that until recently I’d taken for granted.

I realised I needed to create Plan B, as Hidden still deserved its launch. Enter, Zoom. Something I’d not even heard of until March this year. I kept the same format I’d designed for the library: a short reading from Hidden, an interview with my brilliant journalist friend, Paola de Carolis (who normally interviews the likes of Ralph Fiennes!), and the chance for the audience to ask questions.

Of course it was different to a live event. But there were also advantages to having it online. Unlike at the library, there was no limit on numbers. And it was exciting to see a grid of faces on the screen – both familiar and unfamiliar – many of whom could have never attended in person. We had people from as far afield as California, Zurich, Frankfurt and North Yorkshire.

Life has taught me that even the most challenging situations can offer us opportunities we might not otherwise have had. This is a theme of Hidden, and perhaps one for all of us in 2020.

Delighted to announce that 3 Blue Door Press poets – Jennifer Grigg, Pamela Johnson, Jane Kirwan – will be reading at the legendary Troubadour in London on 4 November 2019. They will read from Stories & Lies and The Goose Woman as part of the autumn season of Coffee House Poetry.

To be sure of a good seat book tickets, here

Many of the poems in The Goose Woman focus on a village in Bohemia. I did worry that a neighbour might come across them and take offence but decided that was unlikely. The collection was in English, published in Britain, I was safe. And there were only a few poems that might be insensitive.

However, when asked by Svět Knihy to talk on a panel about translation, and read a few examples, the risk became more pressing. Svět Knihy is a book fair held annually in Prague in May, both a trade fair for publishers and a literature festival, combining promotion with readings, discussions, argument. The events are held in Výstaviště, exhibition grounds that were built around an industrial palace in 1891.

This year had the usual long queues to get in, people of all ages in a three days extravaganza, a celebration of books: fantasy, romance, TV cooks demonstrating their dumplings, people hunched over incredibly complex, incomprehensible interactive games, talks on politics, philosophy…

An event at the Cafe Europa was about Brexit, with an emphasis on its literary ramifications. David Vaughan moderated and Bernie Higgins and I identified ourselves as fully Europeans, and tried not to get too heated. Questions from the audience included confusion about what the Labour party or more precisely Corbyn was up to. Fintan O’Toole was quoted from Heroic Failure ‘…the strange sense of imaginary oppression that underlies Brexit. This mentality is by no means exclusive to the Right.’

The poetry events were held in the Lapidarium. This extraordinary museum houses stone sculptures dating from the 11th century. I could only hope that no one in the audience or wandering through looking at the original statues from Charles Bridge would glance over at the poems projected wall size behind me.

I was asked ‘How has your relationship with Czech (and a Czech) affected your poetry?’ Which was impossible to answer. The second question ‘because of your close relationship with Czech and your translators (Aleš and Tomáš), when you are writing do you ever pause and deliberate on whether to use a line that you know will be difficult to translate into Czech?’ made me realise I’d failed completely to consider and value translators. Tomáš Míka talked about the difficulty in translating ‘One Made Earlier’  from Stories & Lies. It looks impossible but he did it – a few in the audience were even familiar with the reference to Blue Peter.

Then I was asked to read ‘I Am Slabce’ from The Goose Woman. My untruths/exaggerations were projected behind me; no one seemed to have any difficulty in understanding. Slabce was less than eighty kilometres away; I could only imagine Mr Novak or the mayor or Vladimir wandering in and being appalled by such slander.

Families. The word conjures up thoughts of characters and stories. We’re curious about where we’ve come from; we look back to examine scenes that have shaped our own family; were always fascinated to hear tales of other peoples’.

In Stories & Lies, launched in November, a trio of poets asks – but how can we ever get our full family story when some people stray, some stay put, some go to any lengths to hide their past and others invent?

These very different poets  – Pamela Johnson, Jennifer Grigg and Jane Kirwan – present work that ranges from the surreal to the conversational; we glimpse relationships across generations, moving from Ireland to the north of England to New England via the Midwest and Eastern Europe.

A generous, big-hearted anthology, showcasing three poets with different styles and stories … these poets take us around the world, introduce us to characters whose narratives are personal yet share a common thread with the reader. The poems are vital and genuine.   Tamar Yoseloff

These highly accomplished poets are generous, sympathetic, humorous, knowing and audacious. They have a feel for history in their bones.  Julian Stannard

It is midsummer; the heart of this glorious season, a time when Vikings used to resolve legal disputes, when the sun would align with the Wyoming’s Bighorn medicine wheel and magnificent Aztec architecture, and the Ancient Chinese would honour the earth which embodied the feminine force known as yin. It’s no surprise then that storytellers, poets and writers have been drawn by its power. In 1987, myself and a group of students from Sussex university put on a play on the summer solstice to honour the trees that fell in the 1986 hurricane. I wrote a fictionalised account of this night in my novel, Who Do You Love, and this prompted me to see if I could celebrate the solstice again. The fact that it was also National Writing Day meant that there were many people interested in getting involved. The following things happened:

First, Goldsmiths English PGCE students hosted a writing workshop in the Goldsmiths allotment. You can find the excellent worksheet they produced on Scribd here.

Second, although she could not be at Goldsmiths, Ursula Troche wrote these two poems to celebrate National Writing Day and the solstice.

Third, myself and a number of other writers, including Ian McAuley, Helen Bailey, Peter Daniels, Julie Hutchinson and Magda Knight read at the Word Bookshop. Here are the videos of their readings. They are audible, but the noise in New Cross can be heard at times; it was very hot and we had to leave the bookshop door open! 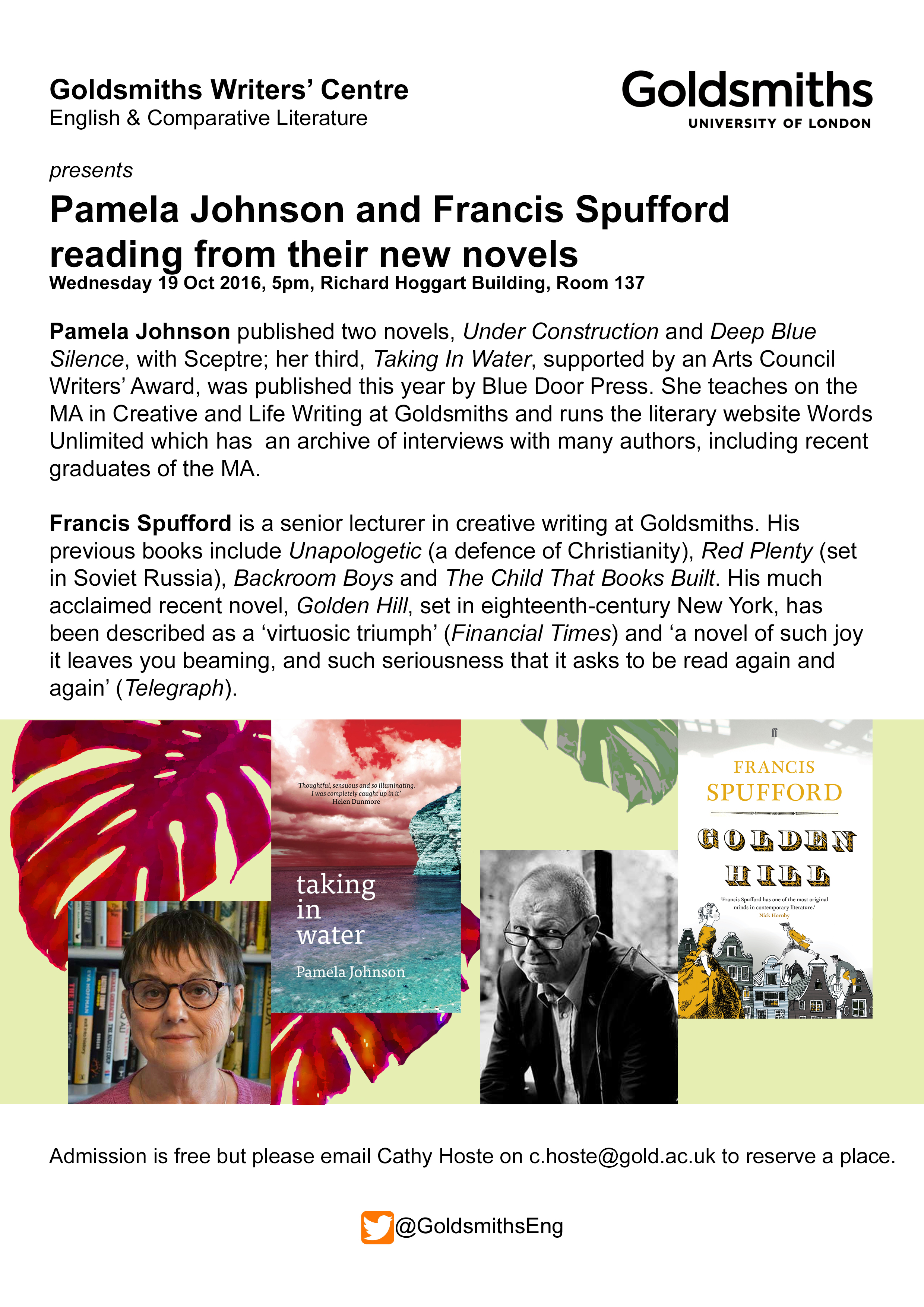